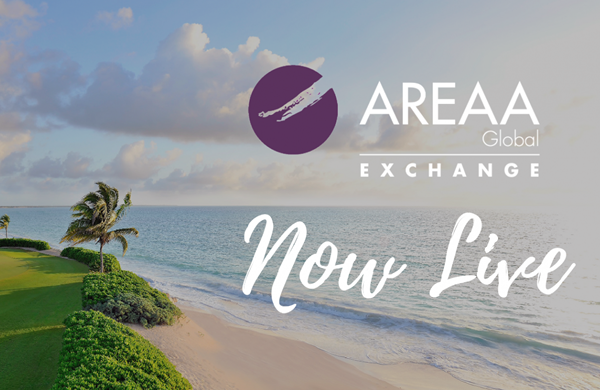 The Asian Real Estate Association of America (AREAA) has announced that AREAA Global launched the AREAA Global EXCHANGE, a developer platform powered by Collabra Technology that gives developers the ability to display and promote their projects.

“The AREAA Global EXCHANGE creates additional advantages for our members and their development partners,” says Carmen Chong, CEO of AREAA Global. “In addition, profits from the EXCHANGE will move us closer to building our very first AREAA National Headquarters and Community Center in San Diego.”

AREAA Global is the for-profit arm of AREAA, and all profits earned through the AREAA Global EXCHANGE will be reinvested toward AAREA’s mission.

“The EXCHANGE will expand the growth and success of AREAA, and the more we can encourage members to use it, the more effective it will become,” Chong says.

Through the EXCHANGE, 17,500 AREAA members gain access to multilingual digital marketing materials and analytics that equip them with tools to market EXCHANGE projects worldwide. The EXCHANGE currently represents 13 projects in five countries, and includes projects from development partners Lennar and Encore.

“We are talking with developers from Dubai, the Bahamas, Panama, the Cayman Islands, Laos, Cambodia, the Philippines, Thailand and Vietnam, as well as top U.S. and Canadian developers who are seeking to create added exposure for their projects,” says Michelle van Ruyven, managing director of AREAA Global.

“It’s an honor for Collabra to provide a technology platform that supports AREAA members and AAPI communities throughout the world,” says Janet Case, CEO of Collabra. “We’re proud to be part of this diversity initiative.”

Douglas Elliman Real Estate on Wednesday announced the addition of top producer and former Compass associate broker Lindsay Barton Barrett to its New York City team. Barton Barrett closed more than $200 million in sales in 2017 and was the broker behind the $15.5 million sale of 140 Columbia Heights in 2018 — one of the highest-priced townhouses ever sold in Brooklyn.

“Lindsay is highly regarded throughout the industry for her fine-tuned negotiating skills, honed from her background in law, as well as for providing an unparalleled level of service to her clients,” said Douglas Elliman Realty, LLC chairman Howard M. Lorber in a press release. “She easily transitions between our very important Brooklyn and Manhattan markets, which adds to her prowess as an agent.”

Then, in 2003, she joined The Corcoran Group, a Realogy brand, where she specialized in new residential developments and townhouses. After 12 years with Corcoran, Barton Barrett took her talents to Compass in 2015 — two years after the brokerage’s launch.

“I am exceedingly grateful for the many talented agents and mentors I have been fortunate to work alongside throughout my career,” she said in a prepared statement. “My move to Douglas Elliman – with its deep well of new development expertise and entrepreneurial culture – is the best place for me to service my clients, customers and grow my business with my team.”

In an interview with The Real Deal, Barton Barrett elaborated on her move from Compass to Douglas Elliman and said that the brokerage’s work with new developments, which includes the early-November launch of FOLIO — a sales and digital marketing platform created in conjunction with Knight Frank Residential that aggregates, organizes, and shares new development information with buyers’ agents around the world, was the driving force behind her decision.

“It made sense for me to be somewhere where I could really take advantage of a long track record of new development sales,” she said.

Barton Barrett is currently representing six newly constructed passive house single-family townhouses on 29-35 Carroll Street and will be working with her three-agent team out of Douglas Elliman’s 111 Fifth Avenue location.

“I have long admired Lindsay’s skill and tenacity and I am so pleased to welcome her to Douglas Elliman where I am confident we will prove to be great assets to one another,” said Douglas Elliman president and CEO Steven James. 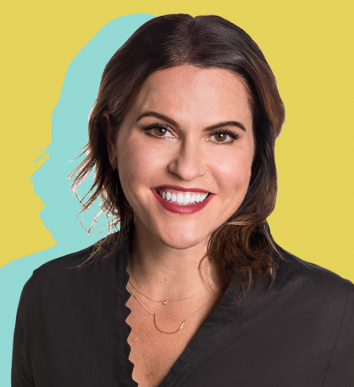 Lindsay Barton Barrett — one of Compass’ early hires — is headed to Douglas Elliman.

The move comes as Barrett is seeking to further boost her focus on new development, she told The Real Deal. Barrett and her team of three will be based out of Elliman’s new 111 Fifth Avenue location.

“It made sense for me to be somewhere where I could really take advantage of a long track record of new development sales,” Barrett said.

Barrett said she’s eager to grow her new dev experience, particularly in Brooklyn. She’s worked on 495 9th Street and 503 6th Avenue in Park Slope, among others. In TRD’s latest ranking of top agent teams in Brooklyn, Barrett’s team came in second — with about $174 million in sales in 2017.

“She has a lot of expertise in new development, which is a big part of our business,” said Elliman chairman Howard Lorber. “This puts us in a better position to service our developers.”

Among Elliman’s Brooklyn projects is Quay Tower in Brooklyn Heights. Earlier this year, a penthouse reportedly went into contract at the project for around $20 million, which would be a record-setting sales price for the borough.

Barrett joined Compass in 2015 after spending 12 years at the Corcoran Group. After spending nearly four years at Compass, Barrett said she was at a point where she wanted a change and an environment that would support her independent style of working. After consulting with friends at the firm, she felt set on her shift to Elliman.

“We have tremendous respect for Lindsay as an agent and an entrepreneur and support her decision to focus more of her business on new development going forward,” said Rory Golod, Compass’ general manager for the New York region.

Barrett’s prominent deals include the $25 million penthouse at 10 Sullivan Street last year and the townhouse at 140 Columbia Heights in Brooklyn for $10.75 million in 2007. She is currently representing 29-35 Carroll Street, six newly constructed townhouses.

The platform connects more than 21,500 real estate agents and their clients around the world to real-time information about each new development in Douglas Elliman | Knight Frank Residential‘s global portfolio, valued at approximately $87 billion.

“Global connectivity is no longer a supplement to domestic new development property marketing efforts. It is a mandate,” said Susan de França, President and CEO, Douglas Elliman Development Marketing. “With FOLIO we have created a game-changing platform for our developer clients, international buyers and their real estate advisors. By providing immediate access to the information most critical to buyers when considering a property purchase outside of their local market, FOLIO empowers all stakeholders with the data needed to facilitate global transactions.” 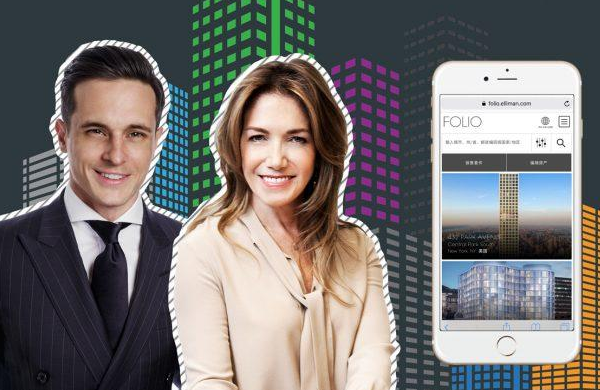 Douglas Elliman is turning to tech to give its agents a leg up in the new development market.

Elliman and Knight Frank Residential, which are global partners, are launching a new platform to centralize information and marketing tools for new dev projects. Dubbed FOLIO, the new initiative launched Monday and will be available to the roughly 21,500 agents across both firms.

FOLIO has been about two years in the making, and its launch comes as the New York market has seen a flood of new development inventory. Amid the rout, which has been particularly pronounced on the high end, discounts have deepened and sales have slumped over the last three years.

The platform is launching with about 150 projects — and over the next year Jordan said the aim is to reach 300 or more. Information ranges from floor plans and unit availability to customized sales and rental comparable data. Because the initiative seeks to give these projects exposure to the firms’ global clients, it also includes buyer guides for the markets and the ability to translate materials into seven languages, including Russian and Chinese.

Information in the platform also updates in real-time, so agents are able to set custom notifications for changes. Users can also directly distribute materials from the platform, via email and social media, including Chinese messaging app WeChat. Centralizing the information and making it more easily accessible is a way of speeding up transactions, Jordan said.

In the third quarter, new development sales in New York plunged 22 percent from a year earlier. The rate of decline was double that of resales, according to Elliman’s latest market report. At the same time, the median sales price slid 9 percent.

Elliman isn’t the only residential firm changing its new dev approach. The slowdown has led Corcoran, a heavyweight in the space, to cast a wider net. The brokerage tapped John Felicetti, a Corcoran Sunshine executive, as its first vice president of new development — and the company will be chasing smaller condominium projects.

As brokerages have experimented with new technology, Elliman said it’s staying away from developing tools in-house, noting that it’s a real estate company not a tech firm. FOLIO was developed with software company Collabra Technology. Earlier this year, Elliman launched a “Douglas,” a centralized marketplace to access internal resources as well as third-party apps.